After fifteen years of publication, this issue 46 (6) of Reproduction Nutrition Development (RND) is the last from our Journal. The scientific editors and the editorial office wish to thank the readers for their interest, the authors and scientists who collaborated as members of the Editorial board and as referees for the quality of the Journal, making it a useful tool for the diffusion of scientific knowledge. We would also like to thank the whole staff from our publisher EDP Sciences for our fruitful collaboration. Last but not least, in these acknowledgements we associate the past Editors who have founded the Journal and ensured its timeless.

All topics covered by RND are now part of the aims and scope of the Journal "Animal" (www.animal-journal.eu), which will be launched in the beginning of 2007 by the consortium composed of INRA (former scientific editor of RND), together with the British Society of Animal Science (BSAS) and the European Association for Animal Production (EAAP). 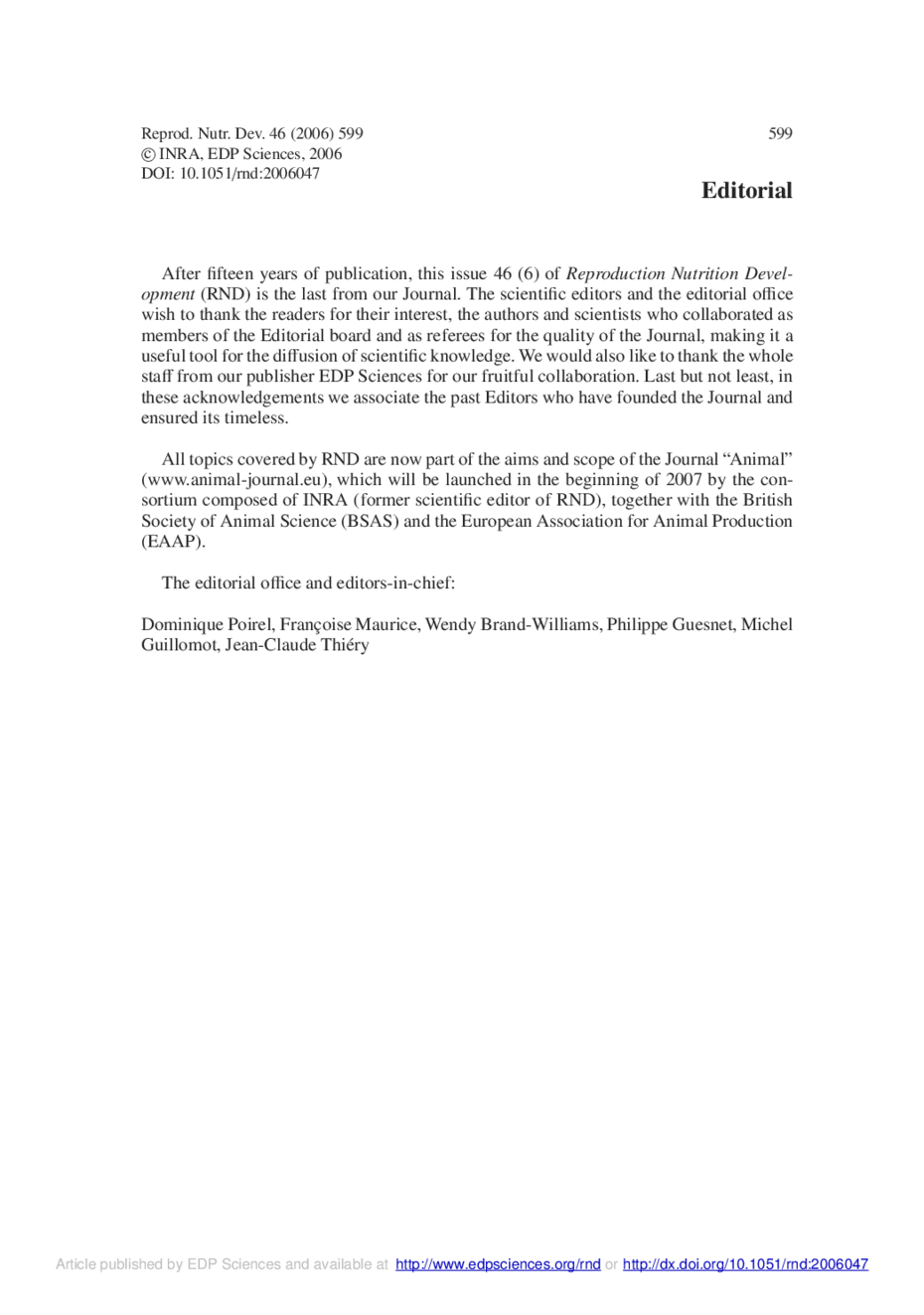