The meeting was organised in order to exchange data obtained on both male and female gonads of mammals since most of the meetings in Reproduction do not address such issues which concern not only basic science but also clinical studies (biology of reproduction, endocrinology, urology, ...).

Therefore several symposia were set up with guest speakers from European countries: gametogenesis, physiology of reproduction, physiopathology of reproduction and aging. In addition three lectures were given: - Human mutations and genetically modified mice unravelling the physiopathology of pituitary-gonadal function (I. Huhtaniemi, London); - New perspectives on ovulation (S.G. Hillier, Edinburgh); - Zoonosis and abortion (D. Tainturier, Nantes). One morning was also devoted for selected oral presentations by young scientists from whom abstracts were received. 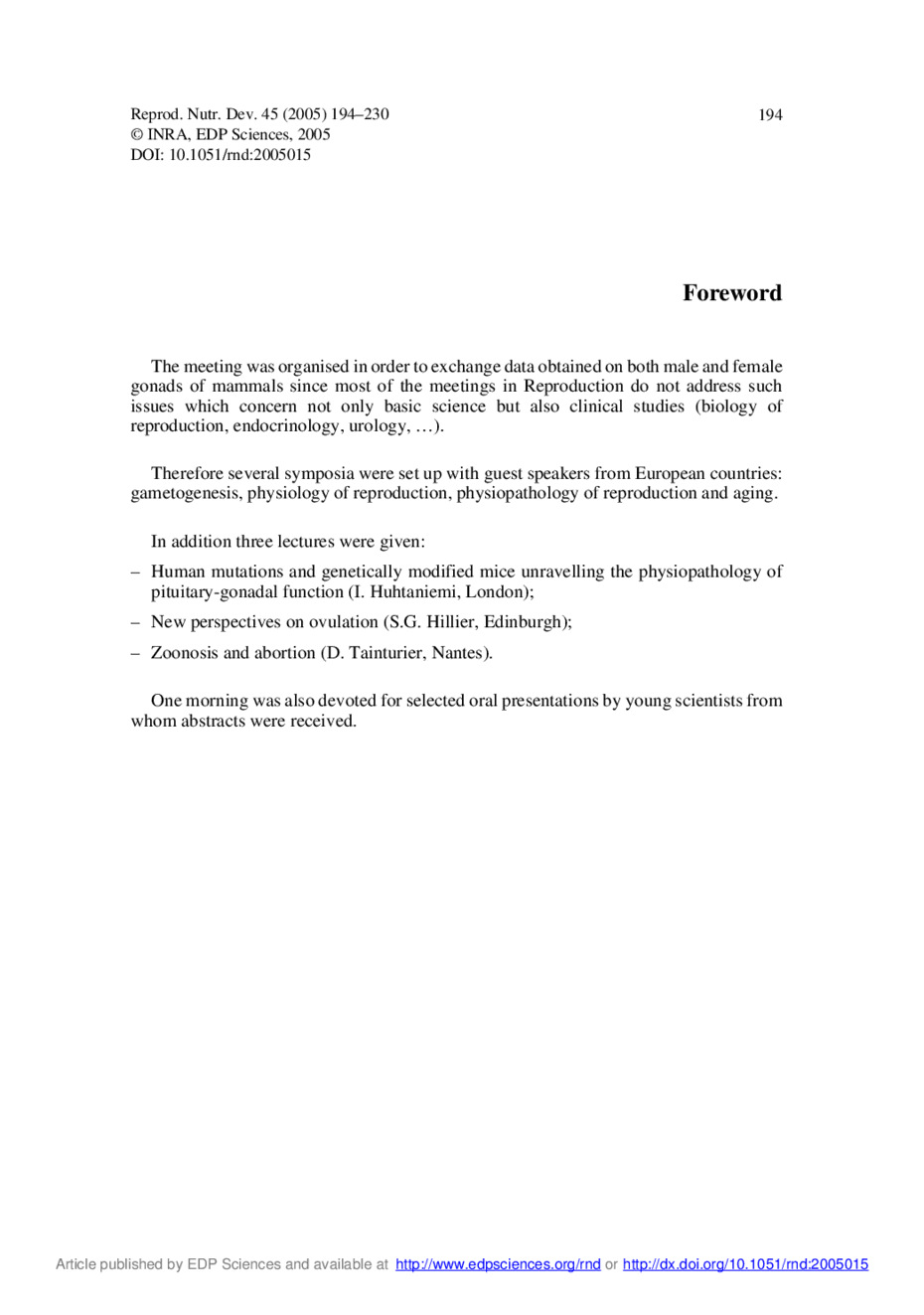